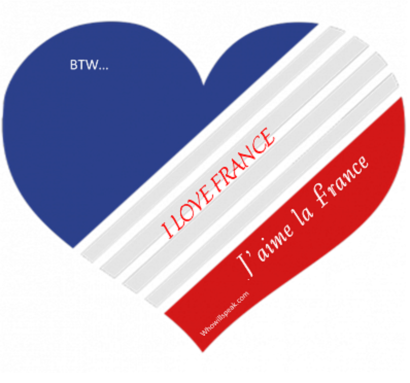 A lot’s been going on in the media during my hiatus but I’m going to weigh in on what’s going on in France.  Not the tragedy itself but rather the Black community’s callous response to it.  Since France was attacked by ISIS on Friday 11/13, the memes started popping up everywhere attacking Blacks who posted their condolences.  According to the angry masses, if you did so, you are a “coon” or –my favorite—a “Negropean”.  Also by doing that, we’re not being the “Kings and Queens” of our native Africa. There’s also a great deal of anger about the lack of meaningful coverage regarding the barbaric massacre in Kenya. Labels here, labels there, labels labels everywhere!

As a black person with a heart for the issues going on in our community, it should go without saying that I’m angry that the media continues to downplay the plight of blacks everywhere in the world.  But it’s beyond aggravating to me that African Americans have to prove their “Blackness” to other African Americans because they say “Pray for France”.  My question is, where is the compassion?

The beauty of my blackness means that I don’t have to put partitions around my heart.  My feelings of anguish and sorrow for another person isn’t “colored” by the color of their skin.  My heart ached for Kenya and it equally aches for France.  It equally ached for the United States on 9/11 (more so because this is home).  Did we check our “blackness” at the door on 9/11?  Did we say “Slaves entered the United States via Ellis Island, so screw New York”?  People died a horrifying death on all of these occasions. That is where my heart and thoughts are right now.

Being “enlightened” and knowing the truth of our Black History (in contrast to what we learned in school) does not mean that I am pro Black to the exclusion of all other human beings. What that means is I will speak out about issues that impact African Americans – racism/racists, educational inequality, and violence –particularly against children, etc. It also means that I will speak out and support or empathize with any form of suffering—regardless of color—period.

Racism exists everywhere in this world. France has racist people as well as Germany, England, Kenya, and a host of many more.  Find me a country that doesn’t hate blacks or any race that is not like them and I’ll move there immediately because that would be Utopia and Heaven on Earth.  The best that we can do as Blacks is continue to fight against it in our communities by putting pressure on the system that runs it–while maintaining our compassion and respect for life.  Unfortunately, its incidents like the attacks on France and Kenya that highlights the degree of separation in the Black diaspora.

Let’s put France and Kenya aside for a minute to highlight an example of that separation. What chills me right now is the thought that the people who put 9-year-old Tyshawn Lee on his knees in a Chicago alley and pumped 7 bullets into his body are still running lose (police are questioning “a person of interest”).  Someone knows who did it but they won’t “rat” them out because that is the code of twisted honor. Then, the same people complaining about Kenya’s lack of media coverage aren’t marching through the streets of Chicago, locking down traffic and demanding justice for Tyshawn. Where is the passionate anger for the gang violence that afforded us the nickname (and subsequent movie) Chiraq? Are we “coons” and “Negropeans” for committing the actual crimes or for doing nothing about it? What also disturbs me is the next time someone is gunned down by a police officer, chaos will erupt once again, someone’s name will become a hashtag, and there will still be no solution to the problems currently plaguing our community—right here in Chicago, IL, USA. The separation of our brothers and sisters is rife on a basic level.

Sadly, as these memes are going up, some people don’t realize that they are part of the problem (unbelievably, some people have said “thank you, ISIS” for attacking Paris as though the US isn’t on their radar).  They don’t truly support the black community but rather they cause separation within it.  The irony is amazing.  In the past we tried to counteract the labels put upon us during slavery by creating new (better) ones but we still use the “old” ones.

So we go from being niggers and coons to “nigga”—which is supposed to be positive (it is not).  We also went from being slaves to “Kings and Queens” – to remind us of our ancestry. But here’s the twist—blacks call us “coons” and “Negropeans” if we do/say something deemed non Black.  It’s mind boggling indeed.  But… if a white or other calls us those same labels there’s hell to pay! Did it ever occur to us that we do not need labels to define who we are?  Until we let go of the labeling, we will never truly know who we are and we will always be divided within the Black community based upon yet another label system. That, in my limited opinion, is the very nature of oppression because we spend so much time trying to convince each other how Black we really are that our community is suffering because of it.

What do we gain by spewing hatred toward France and enjoying its tragedy?  How is its history any different from the United States in terms of its treatment of slaves/blacks?  Ok, the media didn’t give Kenya enough coverage but does that mean we have to hate another suffering group of people?  I say not!

Personally, I love France.  I’ve always loved its ancient architecture, the culture, and the natural beauty of that country.  It’s on my bucket list of places I will visit in my lifetime—as too is Africa. So no, I don’t need to prove my blackness by not showing love for and compassion to France.  I’m not defined by anyone’s perception of who I am and therefore have nothing to prove. I don’t need to call myself a queen to feel like I’m a descendant of mother Africa.  We don’t need to be labeled Kings and Queens to feel a connection to our roots. We just have to know who we are.  My black is… beautiful, compassionate, loving, and… me.

Building up Enough Moxie to Take on the World

The Art and Craft of Blogging

The latest news on WordPress.com and the WordPress community.